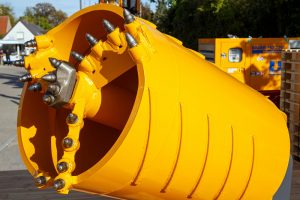 You’ve probably heard someone say that they were duped to buying fake machine tools. Well, that is a very common thing in the industry as fraudster continue to produce copies of the reputable foundation drilling tools manufacturers. But they might not tell you is that they also had doubts about the products even before buying. There are many warning signs out there to tell fake from counterfeit only that we do ignore due to the deals that are offered.

In this post, we are going to look at some of the main red flags when buying foundation drilling tools. These are signs that should tell you that it is time to stop:

One of the most common ways that you can tell that foundation drilling tools are fake is the way that they have been packaged. Most of the fake products are usually not properly package and could also be in plastic bags is not naked. If there any decent packaging is done, then it lacks some of the crucial features such as the name of the manufacturer, location, address, and so on. That is one of the signals that should tell you that you are dealing with fake, counterfeit, and probably very low-quality foundation drilling tools.

One of the reasons why people end duped is because of attractive deals that are offered by the fraudsters. These guys know very well that people are looking for ways to spend less on good quality tools. That is why most of the people that have been duped will tell you that the deal was irresistible. So they will offer you very attractive deals, and if you push harder, they are will to bargain further to accommodate your budget. In such cases, just run and don’t look back because you are in the process of being scammed.

There is something about new companies that should always get you worried. Some of the upcoming manufacturers are just a name to blind your eyes. Most of them have no physical address, and thus, they are only briefcase manufacturer out there to scam people. Therefore, make sure that you researched before you can start working with them. So a new company is a red flag when buying foundation drilling tools. We recommend working with a company that has been in the market for at least 3 years and above. They must also have amassed good reputation within the period they have been operating.